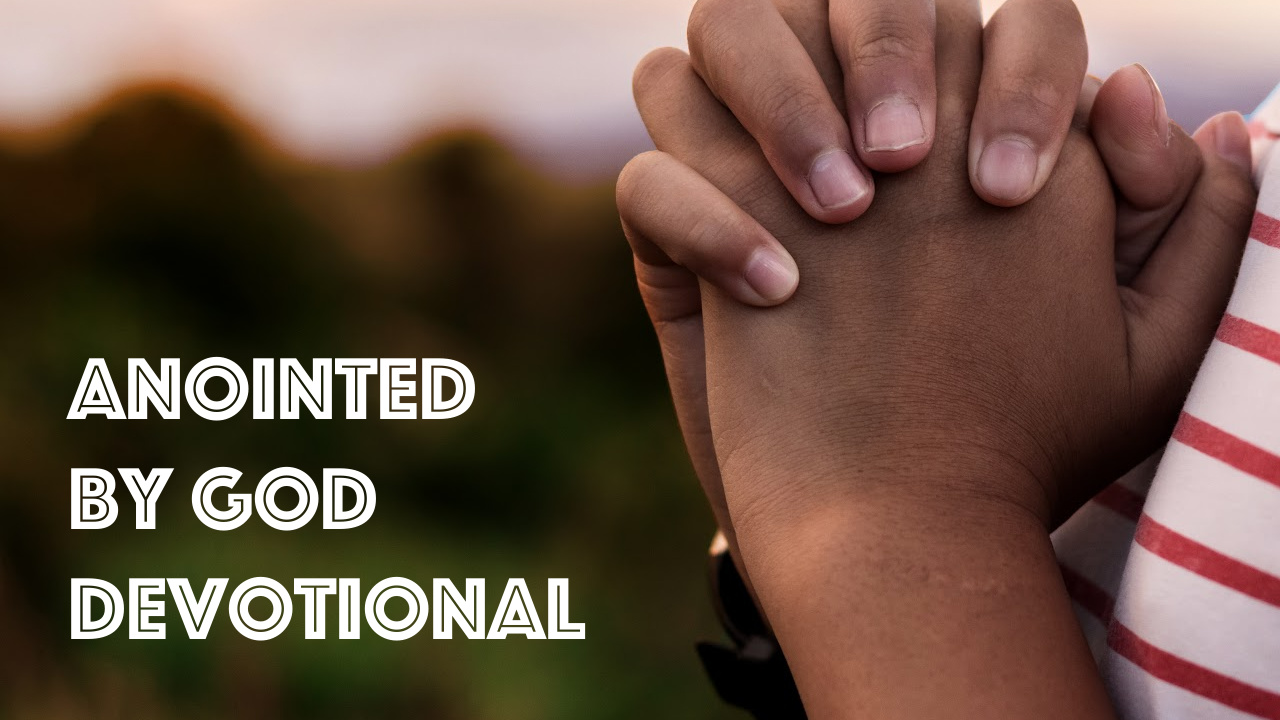 The Bible says a lot about God’s anointing. Have you ever wondered what it means to be anointed by God? This devotional will help you explore that question and discover the amazing gift of being chosen and set apart for a special purpose. Whether you’re just starting out on your spiritual journey or you’ve been walking with God for years, this devotional is for you! Each day includes a Scripture passage, contemplation questions, and prayer. We’re not talking about the anointing oil in scripture but the ongoing anointing of the Holy Spirit. May this devotional bless you abundantly as you seek to know and follow Jesus more closely.

“Every believer has come into contact with Jesus so that the oil — or ointment or salve — of the Holy Spirit has touched us.”

What does the word anointed mean? What’s a good definition of anointed by God?

The word “anointed” typically refers to someone who has been consecrated or set apart for a special religious or spiritual role. In the Bible, priests and prophets were often anointed with oil as part of their consecration ceremony.

In Christianity, Jesus is considered the ultimate example of an anointed one, since he was both prophet and priest. And in the New Testament, Christians are called to be “anointed ones” as well, since they are called to minister to others in Jesus’ name.

All Christians are called to serve God and others according to the Bible. It follows we should seek the power of the Holy Spirit to fulfill that calling.

Who were some bible characters said to be anointed by God?

Throughout the Bible, we see God anointing people for special tasks. Anointing is a sign of God’s Presence and power. Here are just a few examples:

Throughout the Bible, we see God anointing people for special tasks. Anointing is a sign of God’s Presence and power. Here are just a few examples:

2. Joshua was anointed by God to take over as leader of the Israelites after Moses’ death (Joshua 1:1-9).

6. The high priest was anointed with oil as a sign of God’s presence and power in his life (Exodus 29:7).

7. The tabernacle and all its furnishings were anointed with oil, signifying that they were holy and set apart for God’s use (Exodus 40:9-11).

9. The prophets were anointed by God to proclaim His message to the people (1 Kings 19:16).

One way to pray for God’s anointing is to ask Him to fill you with His Spirit and power. Isaiah 61:1 says, “The Spirit of the Lord GOD is upon me, because the LORD has anointed me to preach good news to the poor.” You can also ask God to help you be a more effective minister of His Word. Ephesians 3:20-21 says, “Now to him who is able to do immeasurably more than all we ask or imagine, according to his power that is at work within us, to him be glory in the church and in Christ Jesus throughout all generations, for ever and ever!”

First and foremost, pray for a humble heart. God resists the proud, but gives grace to the humble (James 4:6). Next, ask God to open your heart and mind to His will and to teach you how to pray according to His will. After that, start praying for specific things that you need or want, such as wisdom, strength, love, forgiveness, and so on. And finally, remember to give thanksgiving for all the good things that He has done in your life. Thank Him for His blessings big and small!