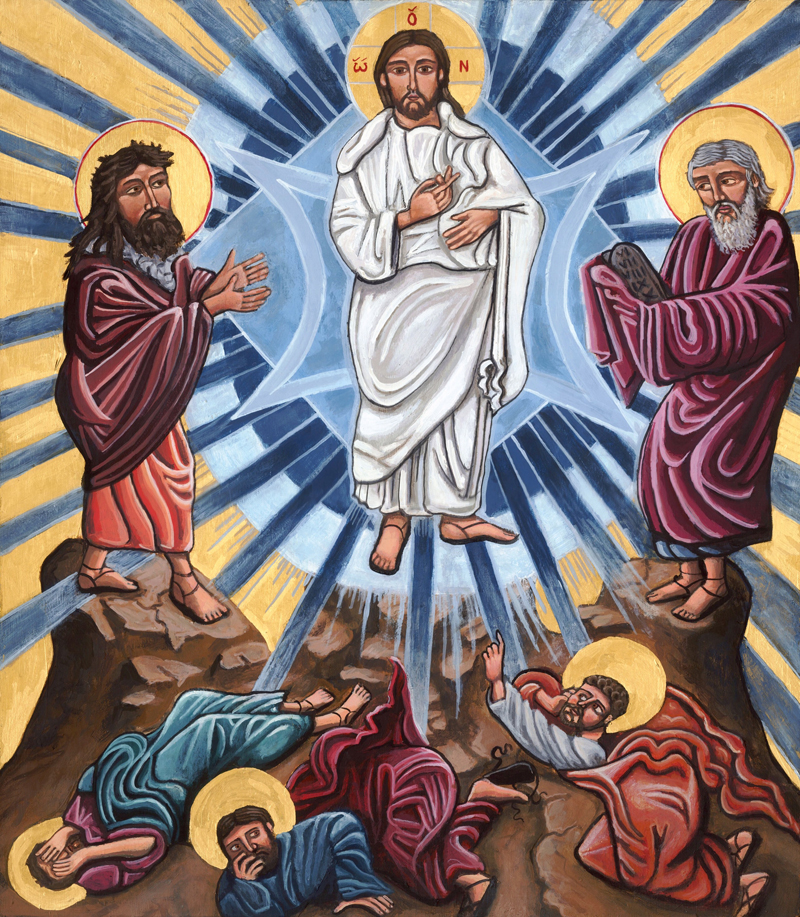 These “Matthew 17:1-9” devotions explain the Transfiguration of Jesus. We’ve compiled the following devotionals to help you grow in your faith and understanding of God’s Word. Use them for personal Bible study or when preparing a sermon or Sunday School lesson on this passage.

The Pleasure of God in His Son | Desiring God

the voice from the cloud and the voice of the beloved

Jesus For Every Day – Billy Graham

Oct 24, 2017 – As N.T. Wright points out, Elijah and Moses shine, and they are not God. Why do they appear? To confirm what has been happening that the …

Scripture for Medication and Memory:

While he was still speaking, a bright cloud covered them, and a voice from the cloud said, “This is my Son, whom I love; with him I am well pleased. Listen to him!” Matthew 17:5 NIV

(5) A bright cloud overshadowed them—i.e., our Lord, Moses, and Elias. To the disciples this would, we cannot doubt, recall the “cloudy pillar” which had descended on the first tabernacle (Exodus 33:9), the “cloud that filled the house of the Lord on the dedication of the Temple” (1Kings 8:10). It was, in later Jewish language, the Shechinah, or abiding presence of Jehovah–the very form of the word connects it with both the Hebrew (mishkan) and the Greek (skene) words for tabernacle–which was the symbol that He was with His people. The Targums, or Paraphrases, of the Law and Prophets which were then current, had used the word as a synonym for the divine name. Where the Hebrew text had had “I will dwell in thee,” the Targum of Jonathan had “I will make my Shechinah to dwell” (Zechariah 2:10; Zechariah 8:3). Its appearance at this moment, followed by the voice out or the cloud, was a witness that no tabernacle made with hands was now needed, that the humanity of Christ was the true tabernacle of God (comp. Note on John 1:14), and that it was in this sense true that “the tabernacle of God was with men” (Revelation 21:3), and that He would dwell with them.

This is my beloved Son.–The words were in substance the same as those heard at the baptism of our Lord (see Note on Matthew 3:17), but the difference in their form is suggestive. Then they were addressed to the human consciousness of the Son of Man, as declaring to Him the greatness of His being. Now they come addressed as to the disciples, and in close connection with the “decease” which was to be accomplished at Jerusalem. It was, if we may so speak, because the Son of Man became obedient unto death that He was showing Himself worthy of the Father’s love. In the hour of darkness and seeming failure, and agony and death, He was “satisfying” His Father’s “good pleasure,” and accepted by Him as the one perfect sacrifice. And so the command, “Hear ye Him,” gained a new significance. Not the traditions of the elders, or the doctrines of the scribes and Pharisees, not even the teaching of Moses and Elias, of the Law and of the Prophets, but the words of the Son of Man, were henceforth to command their allegiance, and to be the guide of their faith and of their lives, for of them only it was true that the Father was revealed fully in them (Hebrews 1:1-2), and that they should never pass away (Matthew 24:35).

O Lord,
who hast taught us that all our doings without charity
are nothing worth;
Send thy Holy Spirit,
and pour into our hearts that most excellent gift of charity,
the very bond of peace and of all virtues,
without which whosoever liveth is counted dead before thee;
Grant this for thine only Son Jesus Christ’s sake.

Almighty Father,
whose Son was revealed in majesty
before he suffered death upon the cross:
Give us grace to perceive his glory,
that we may be strengthened to suffer with him
and be changed into his likeness, from glory to glory;
who is alive and reigns with you and the Holy Spirit,
one God, now and for ever.

17 After six days Jesus took with him Peter, James and John the brother of James, and led them up a high mountain by themselves. 2 There he was transfigured before them. His face shone like the sun, and his clothes became as white as the light. 3 Just then there appeared before them Moses and Elijah, talking with Jesus.

4 Peter said to Jesus, “Lord, it is good for us to be here. If you wish, I will put up three shelters—one for you, one for Moses and one for Elijah.”

5 While he was still speaking, a bright cloud covered them, and a voice from the cloud said, “This is my Son, whom I love; with him I am well pleased. Listen to him!”

6 When the disciples heard this, they fell facedown to the ground, terrified. 7 But Jesus came and touched them. “Get up,” he said. “Don’t be afraid.” 8 When they looked up, they saw no one except Jesus.

9 As they were coming down the mountain, Jesus instructed them, “Don’t tell anyone what you have seen, until the Son of Man has been raised from the dead.”

Matthew 17 is the seventeenth chapter in the Gospel of Matthew in the New Testament section of the Christian Bible. Jesus continues his final journey to Jerusalem ministering through Galilee. The chapter opens six days after the events of the previous chapter, which take place in Caesarea Philippi, near the southwestern base of Mount Hermon. Matthew in verse 16:21 states that Jesus must go to Jerusalem, and the narrative takes forward this journey. With Peter, James and John, he goes to a high mountain, traditionally understood as Mount Tabor,[1] where he is transfigured.

2 thoughts on “Devotions on “Matthew 17:1-9” Jesus is Transfigured”